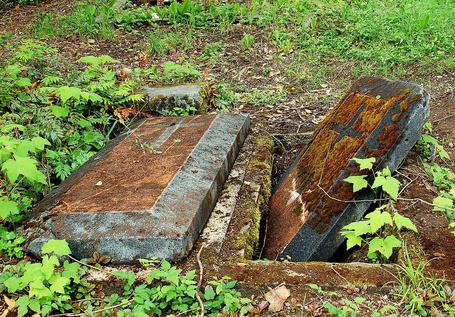 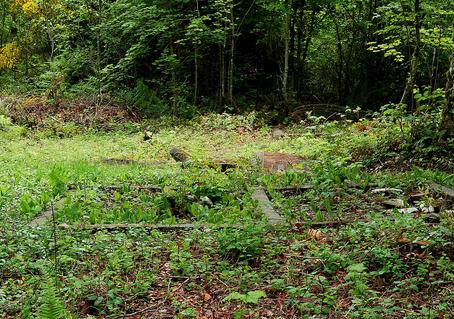 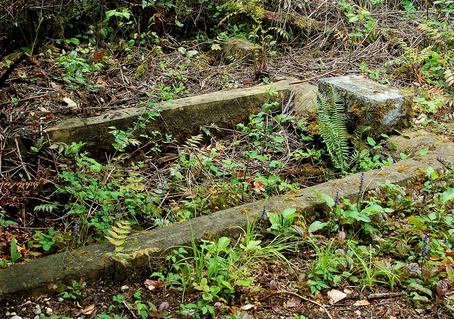 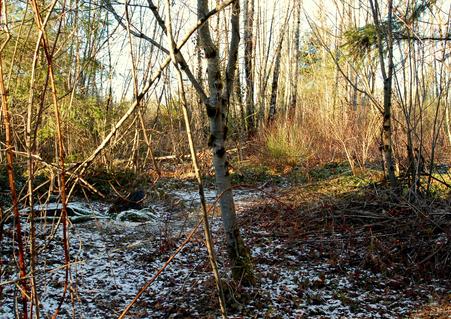 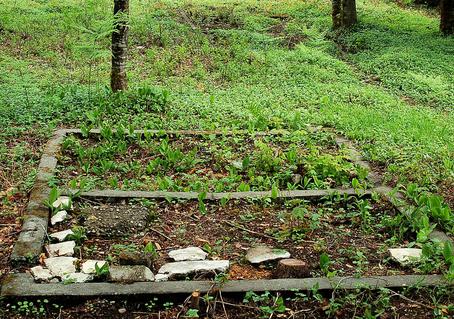 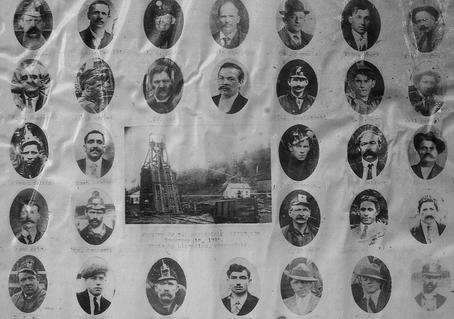 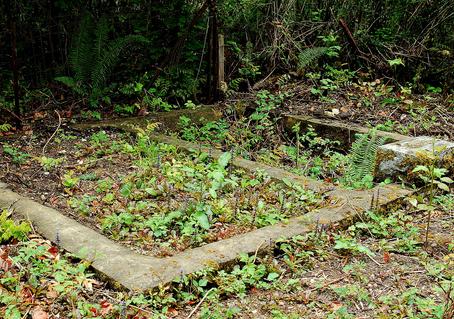 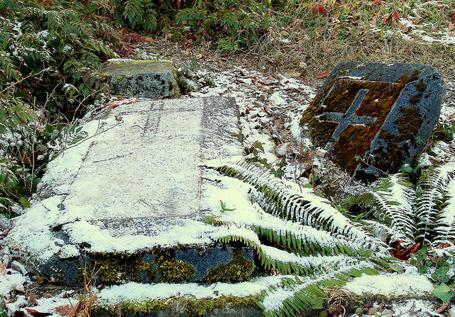 The abandoned Ravensdale Cemetery is located near the former coal mining town of Ravensdale Washington.  In 1908 the Northwest Improvement Coal Company donated one acre of land for the cemetery.  The cemetery was managed by the Eagles Fraternal Order and Miners Union.

On November 15 of 1915 an explosion at the Ravensdale mine killed 31 miners. Rumors and sources claim some of the miners killed were buried here in a mass grave others say individual miners were buried here.  There are virtually no records of the burials at this cemetery.

To further complicate the identity of those buried in the cemetery, beginning in the 1950's vandals severely damaged the cemetery.  Graves were opened, sarcophaguses shattered, and headstones removed.

In 2003  developers built a subdivision surrounding the cemetery. 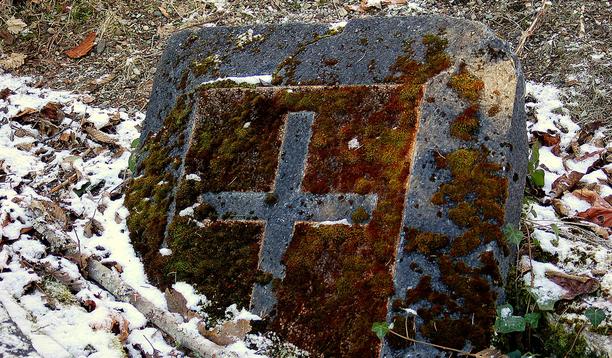