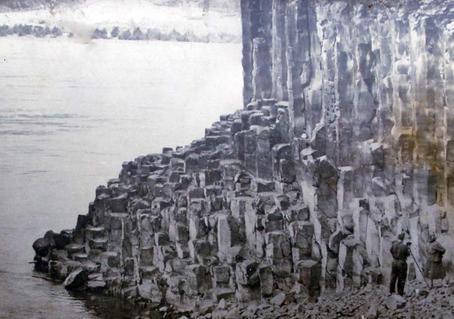 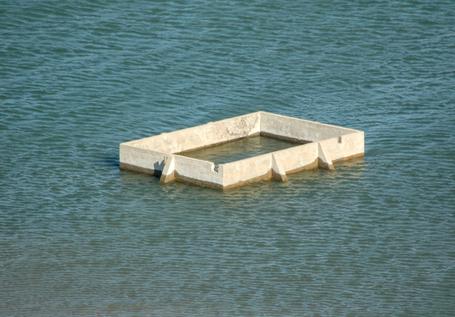 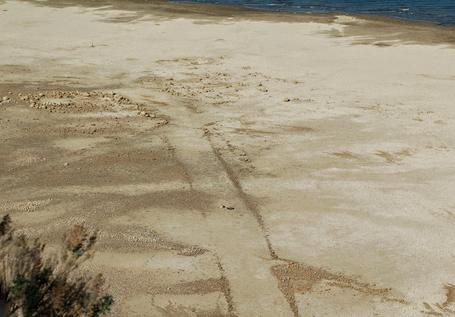 Petroglphs today that were relocated to the Ginkgo Petrified Forest

Old Vantage  was established as a small ferry crossing in 1914 to carry vehicle traffic across the Columbia River at Vantage.  The ferry was a simple barge  that could carry up to two cars across the Columbis. After several cars (some with occupants still in them) were lost overboard, the state highway department decided to construct a bridge over the Columbia.  The first bridge at Vantage was opened in 1927.

The original site of Vantage was relocated to higher ground with the opening of the Wanapum Dam in the early 1960s.  In 2014 large cracks were discovered in the Wanapum Dam resulting in water levels being dropped up to 26 feet so repairs could be made.  This draw down revealed remnants of the old townsite and Petroglyphs from the Wanapum tribe of Native Americans who lived along the Columbis.

300 petroglyphs were located on the basalt cliffside along the river at Vantage.  Prior to being inundated by the operation of the dam 60 of the petroglyph carvings were removed and relocated to the Ginkgo State Park Petrified Forest.

Old Vantage prior to Wanapum Dam.  The area below the arrow is now under water. 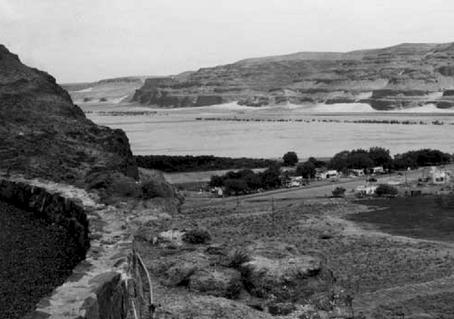 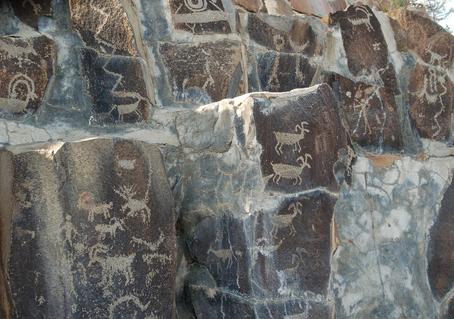 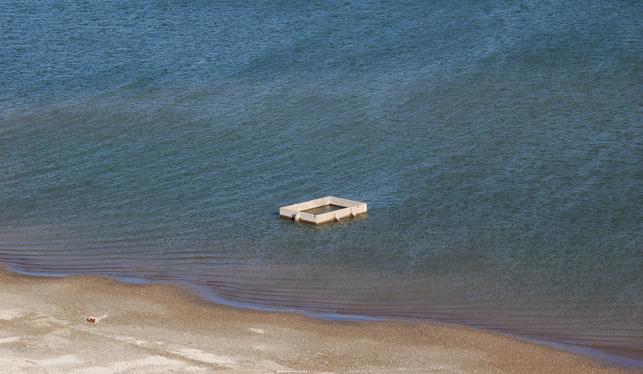 Original site of Petroglphs along river prior to being flooded 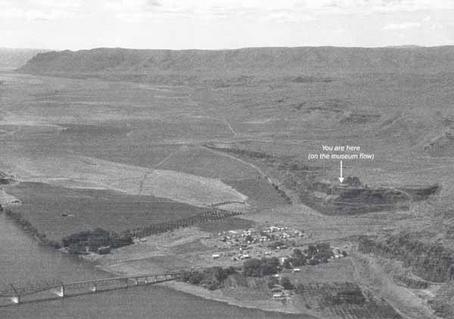