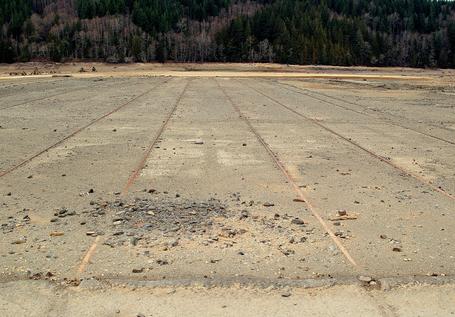 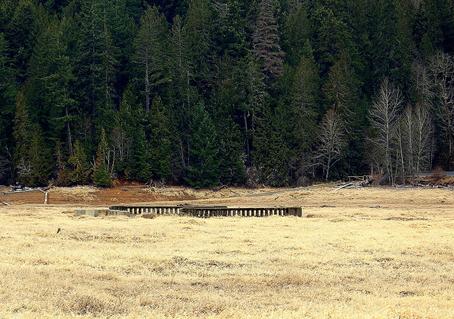 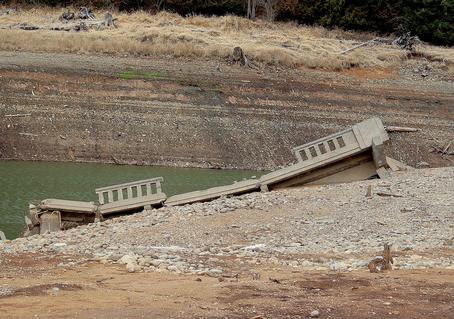 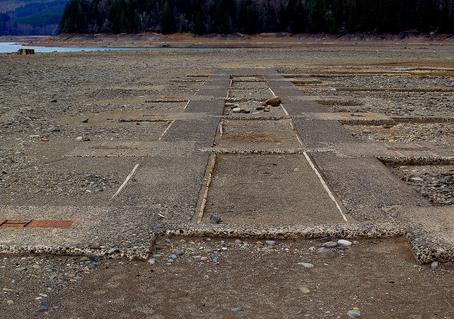 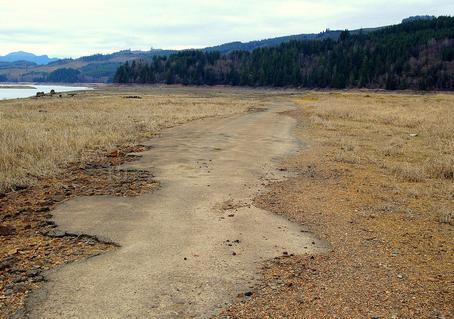 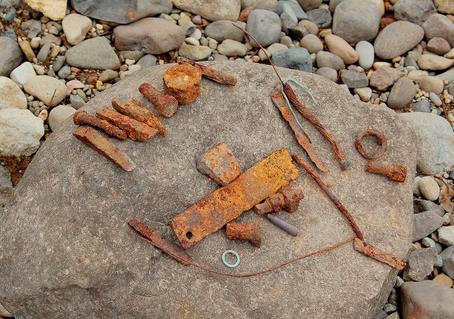 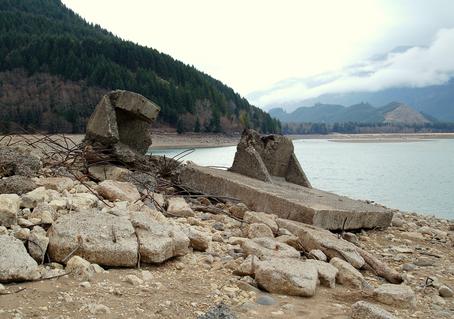 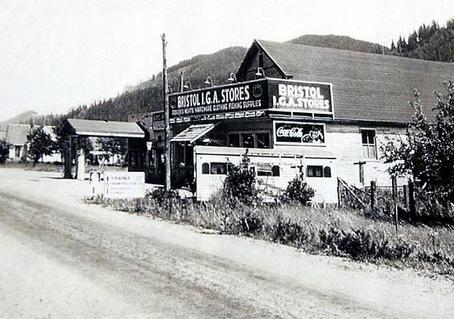 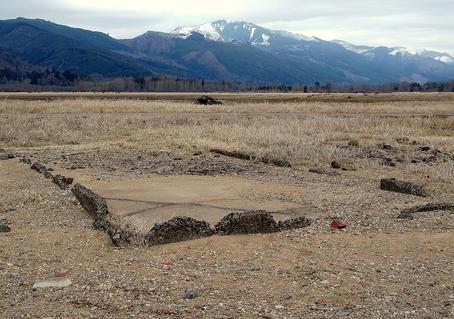 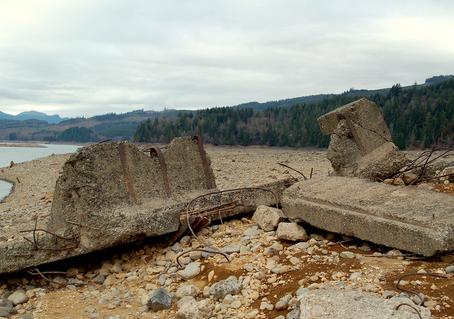 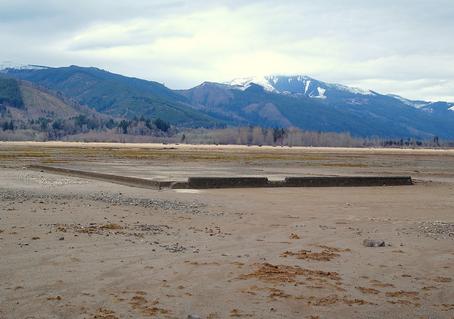 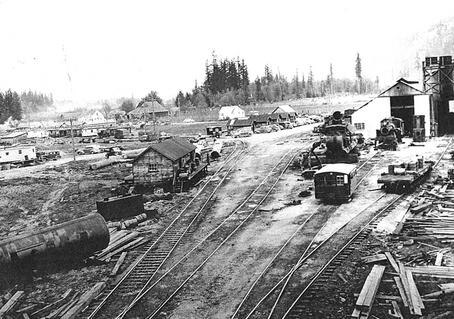 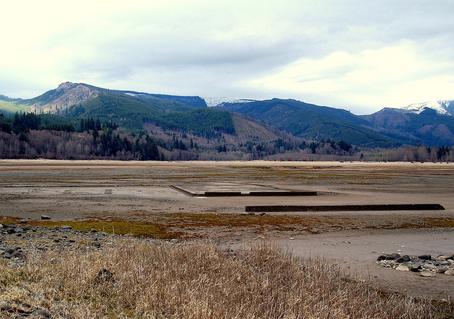 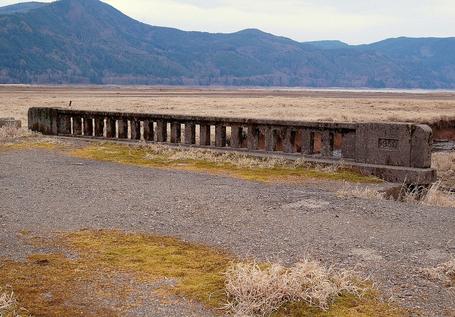 Kosmos was an unincorporated company town located in Lewis County WA in the shadow of Dog Mountain .  It was established in 1904, and had 500 men working at the Kosmos Timber Co. mill.  About 100 to 150 people lived in town.  Kosmos was complete with the Blue Room recreation hall,  Circle H tavern, store, and post office that doubled as a cafe.

Kosmos  reached its peak in the 1940's when mills and logging camps dotted the landscape.  The need for Tacoma Power to build a dam at Mossyrock was the beginning of the end for Kosmos.  Unlike Alder WA Kosmos was not relocated, the mills closed and the buildings were razed.

The last buildings at Kosmos was razed in 1965, and by 1969 the Mossyrock Dam was generating power for Tacoma.

Today when waters recede remnants of Kosmos again re-emerge as a testament to this once thriving logging community. 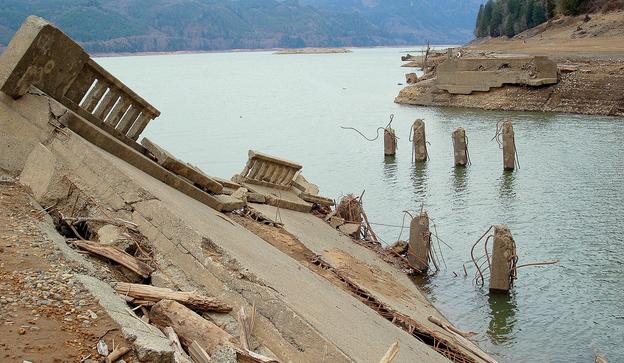