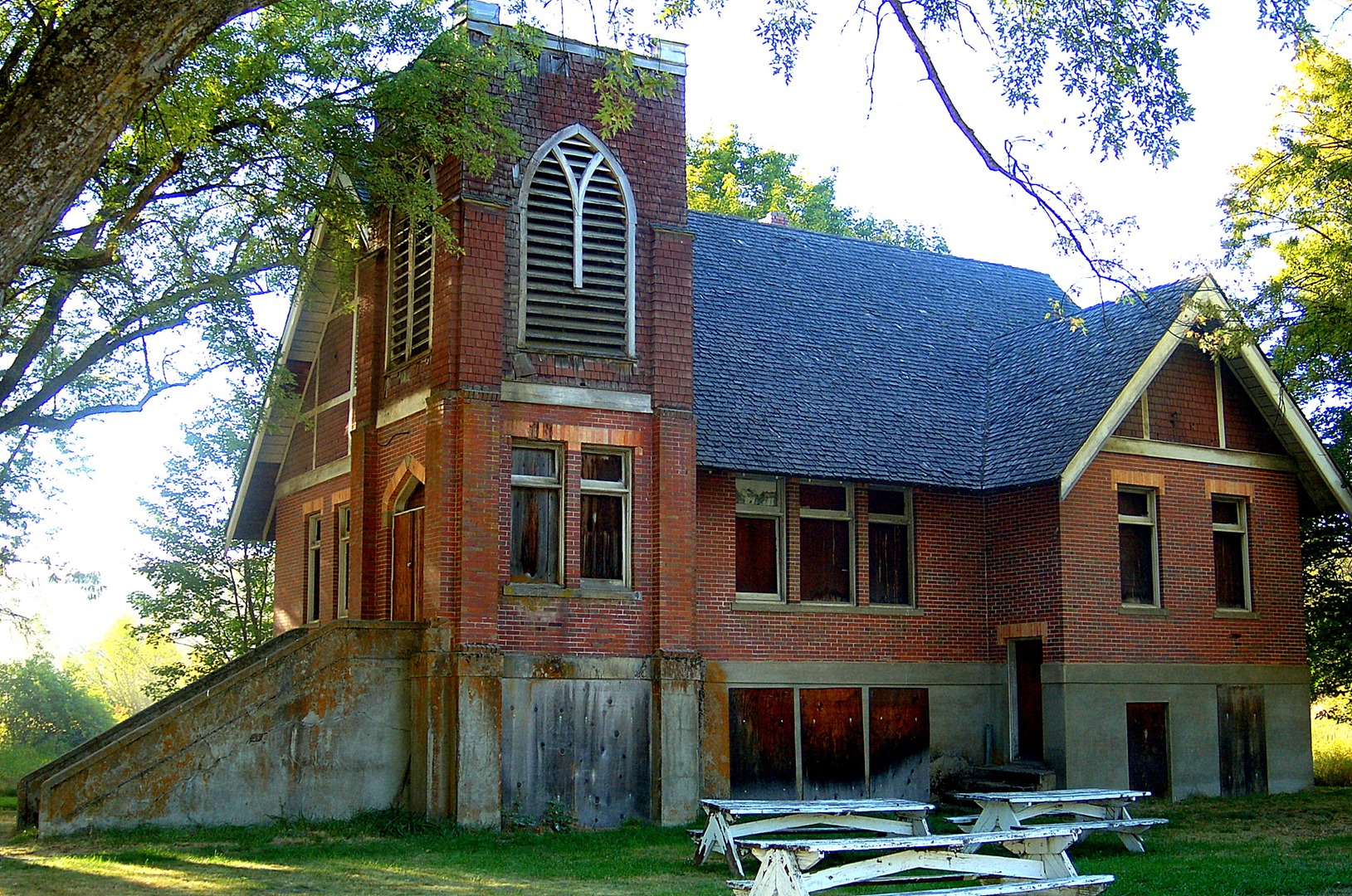 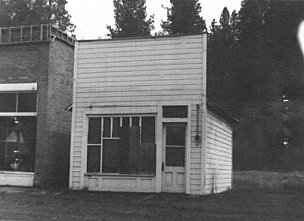 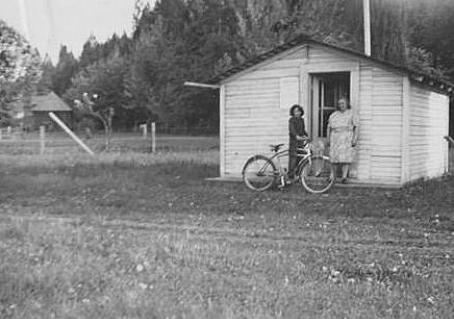 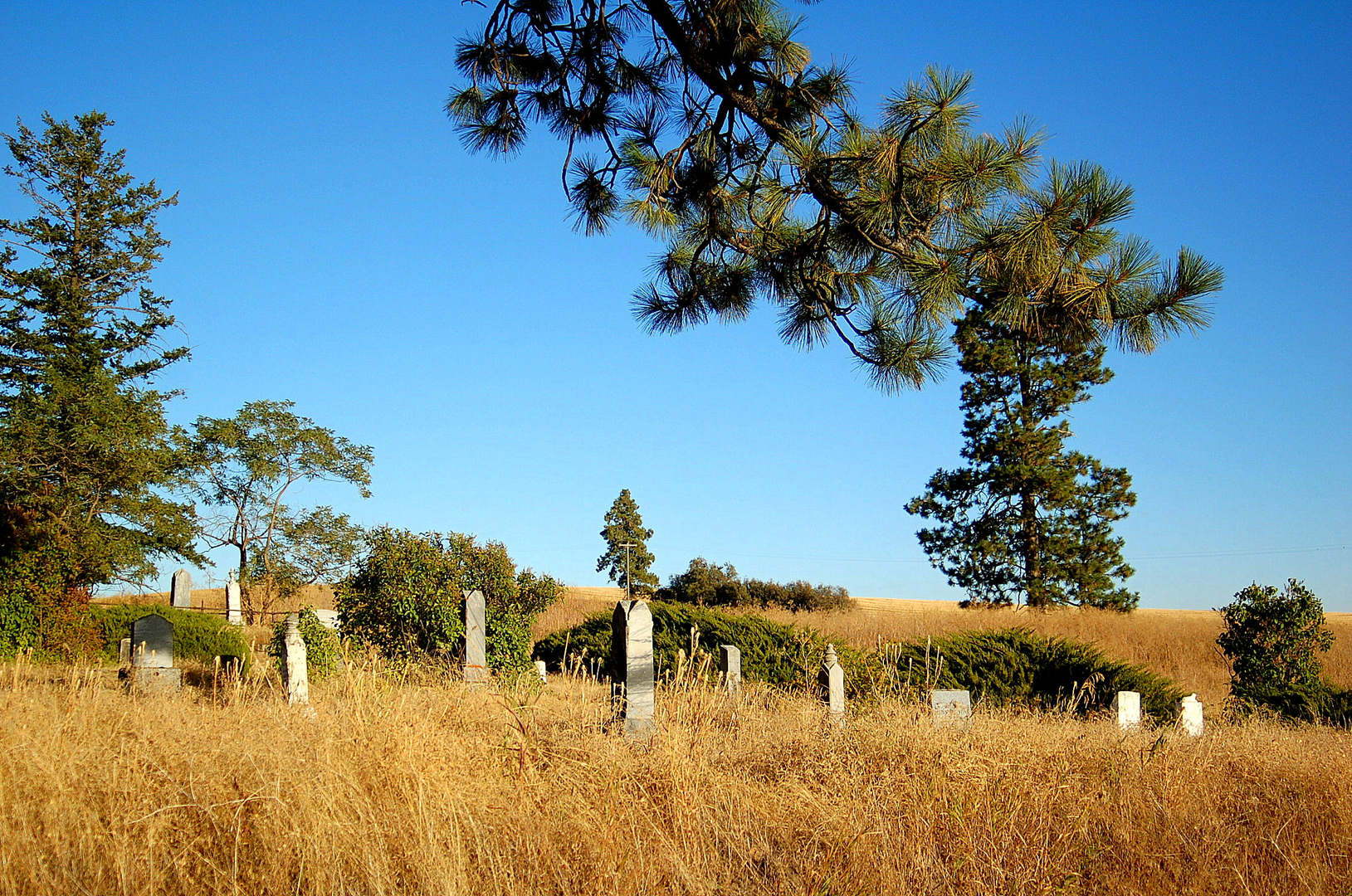 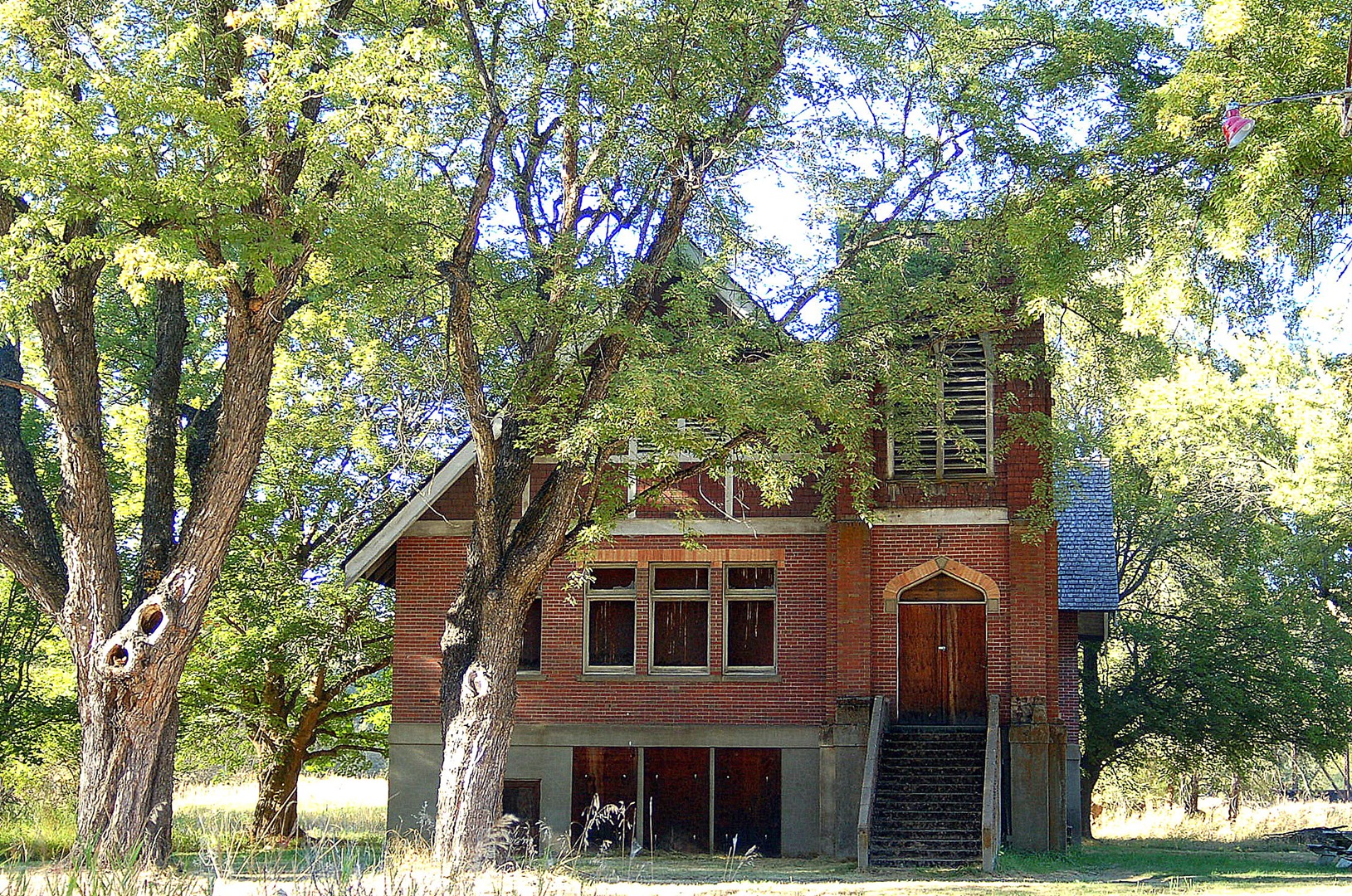 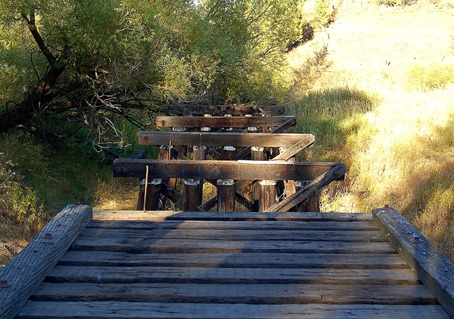 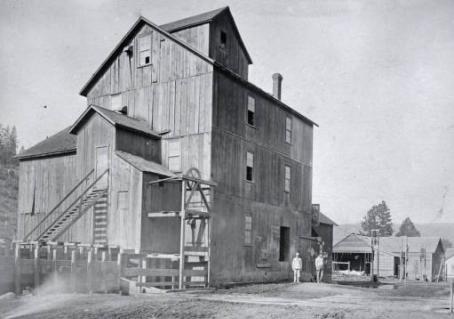 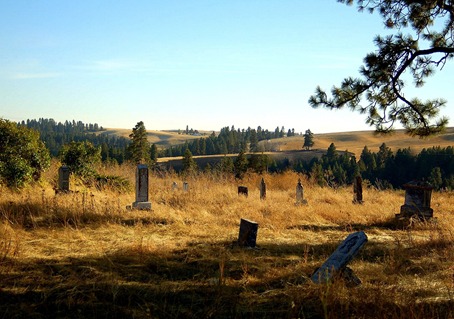 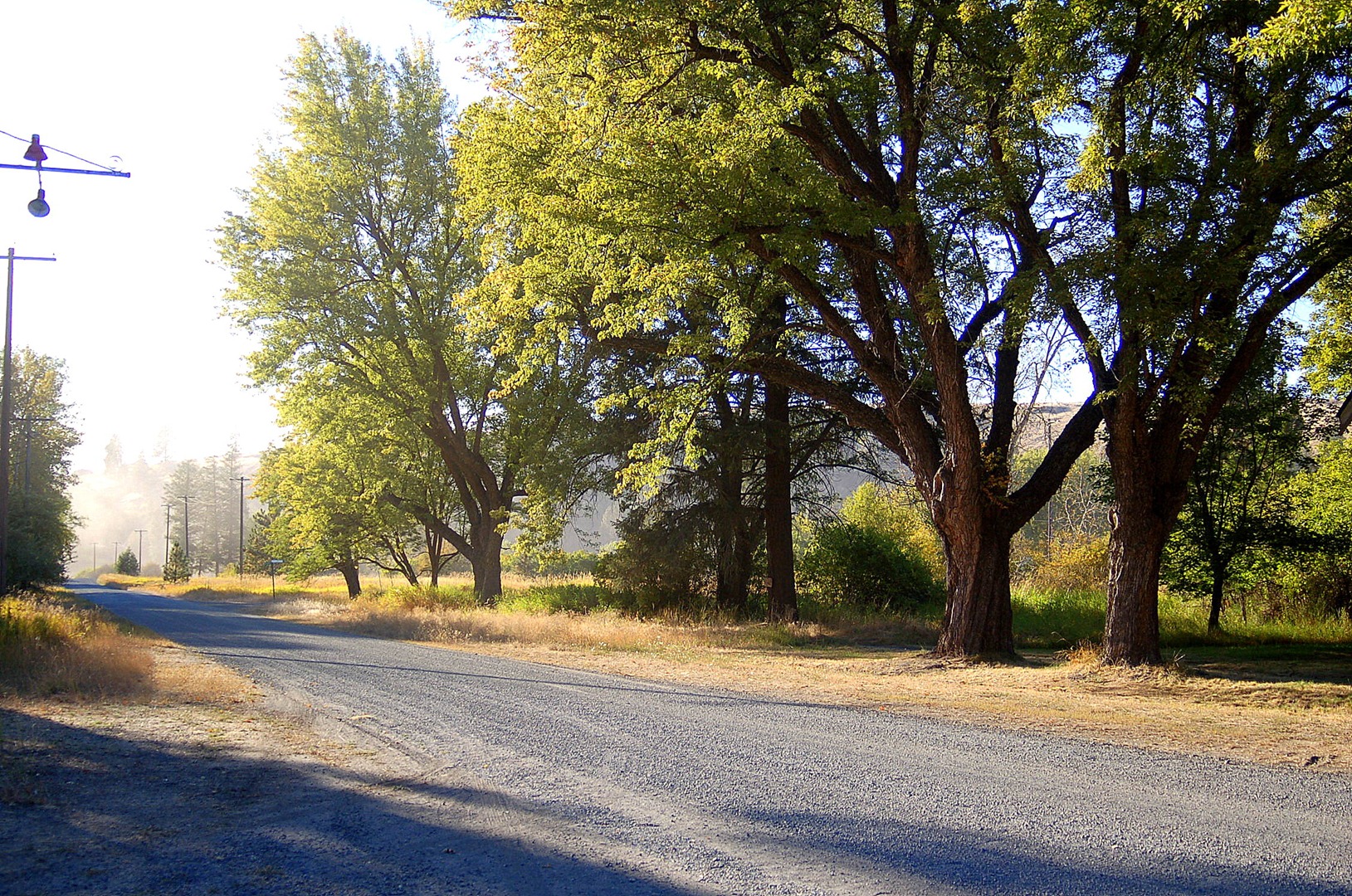 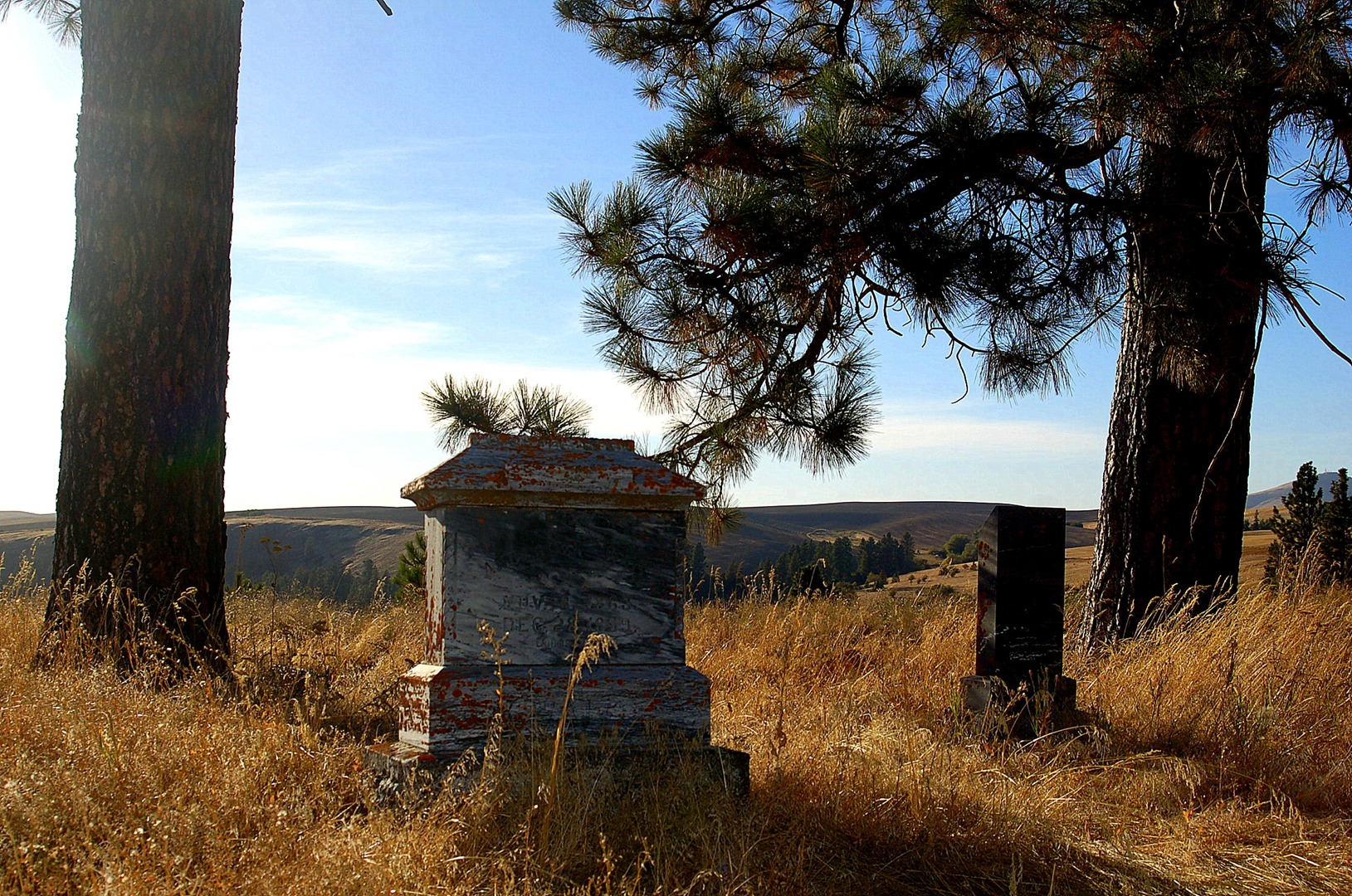 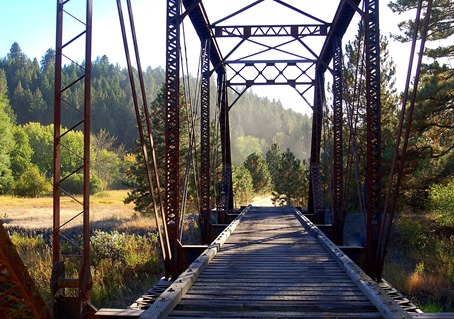 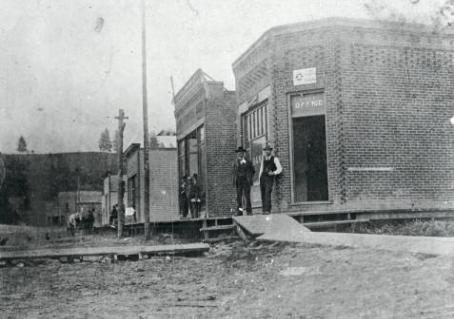 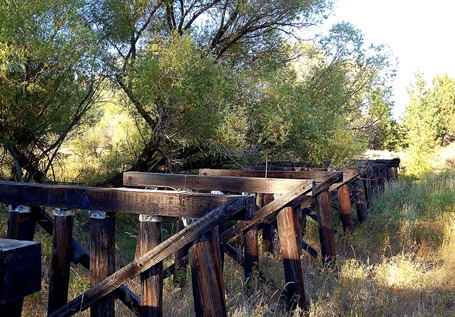 Elberton located in southeastern Whitman County WA in area known as the Palouse.

Elberton sat in a valley at the confluence of the North Fork of the Palouse River and Silver Creek.  The town was platted in 1886 by Sylvester M. Wait and named for his son Elbert.  In 1880 the Oregon Railway and Navigation Co built a rail line through the valley.  In 1888 the town began to flourish with a flour mill, post office, black smith shop, two general stores, grain warehouse, and church.  By 1900 Elberton had a population of 400.  The closing of the sawmill in the early 1900's, a  devastating fire in 1908 and flood in 1910 all set Elberton on a decline it would soon succumb to.

In 1929 with the coming of the Great Depression, and competition from other town most people began packing up and leaving homes behind.

Today the only remains of Elberton is the United Brethern Church, cemetery, railroad trestle and bridge. 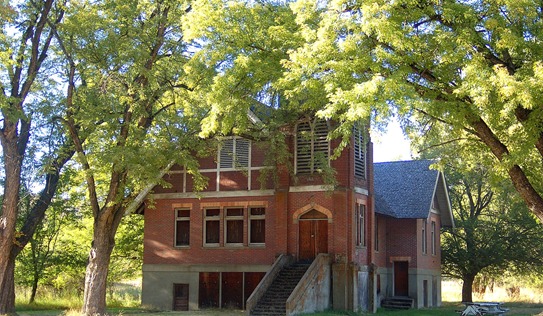