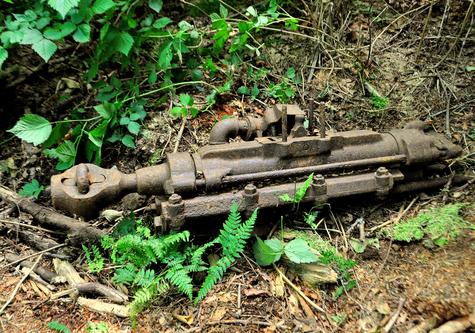 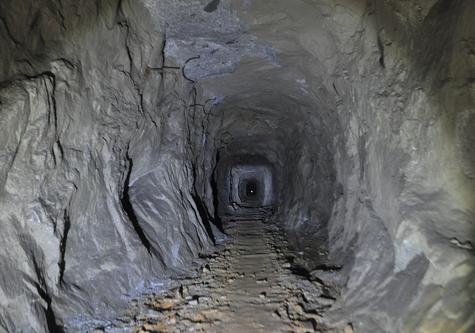 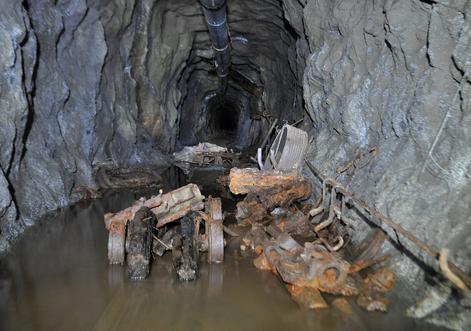 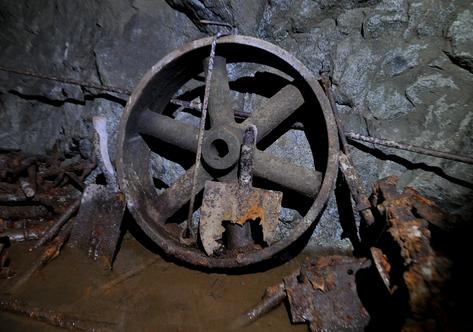 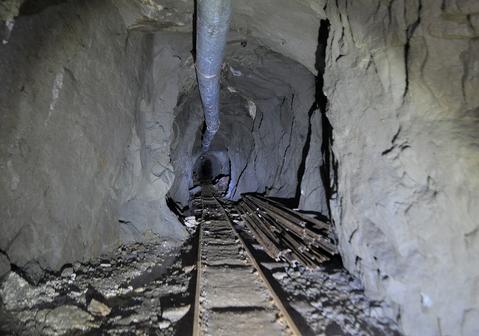 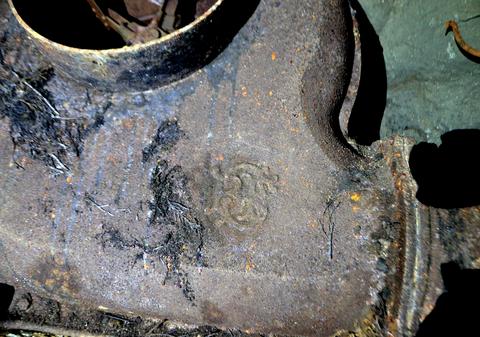 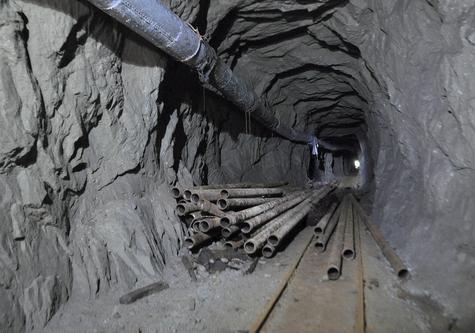 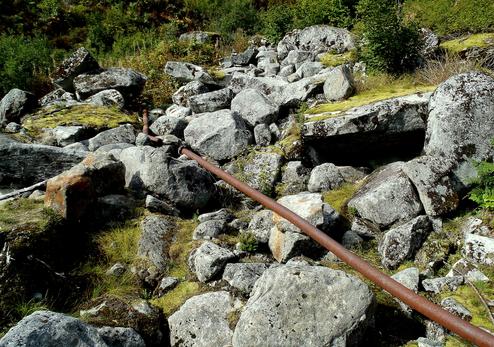 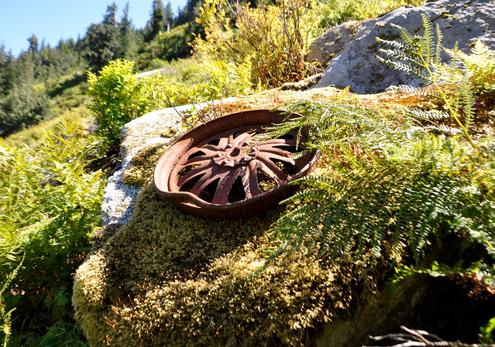 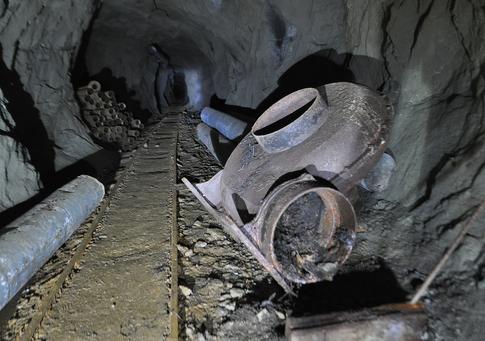 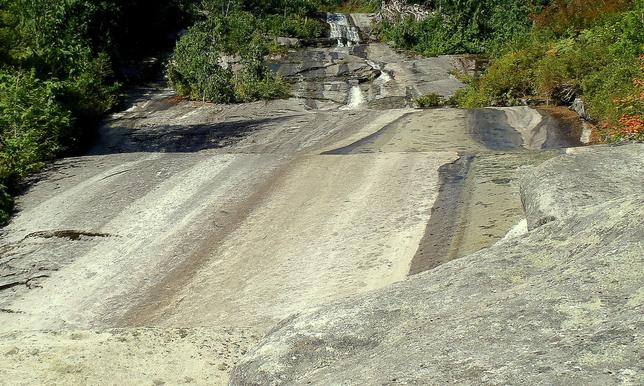 The discovery of the bornite vein was made in the 1890's. Development work on the mine began in 1903 with the financial backing of the The Bornite Gold and Copper Mining Company of Bangor Maine. A mining camp was established near Copper Creek and was appropriately named Copper, and later called Bornite, Washington.

A 2,600 foot aerial tramway from the mine to Copper was constructed.  Pipe spanning miles was laid from Copper to the head waters of Copper Creek to drive the turbines at the electric power house.  The first shipment of ore came out of the Bornite Mine in 1905.

The original plan was to drive a 3,000 foot tunnel to strike a rich ore vein. As of 1906 no ore vein was struck after $300,000 in investment and 3,300 feet of underground workings driven. The mine was shutdown and the equipment was moved to the Sunset Mine in Index.

Pictured above: The water and geologic feature affectionately known as "The Sidewalk".