Remains of a Model "A" 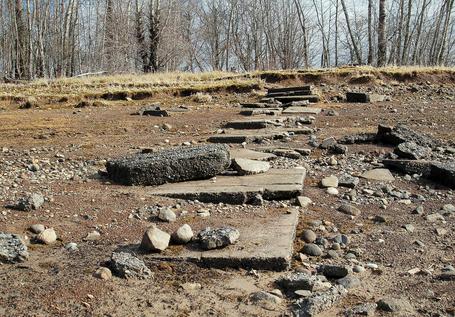 Steps from the former business district to the school site 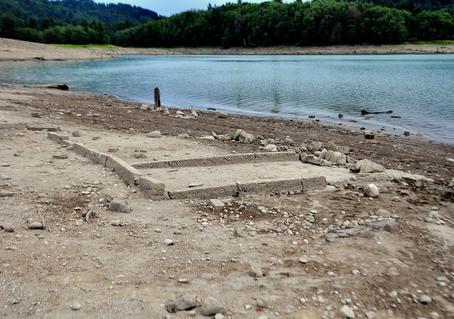 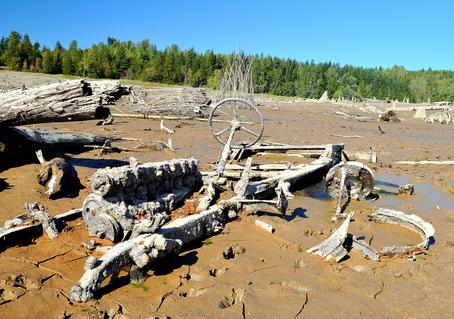 Old Alder before the dam 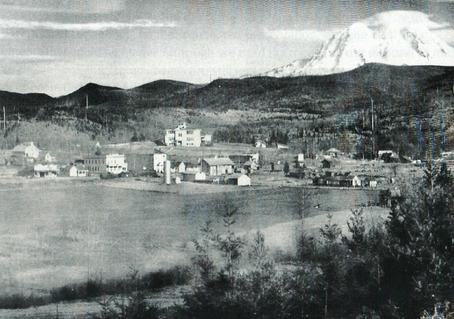 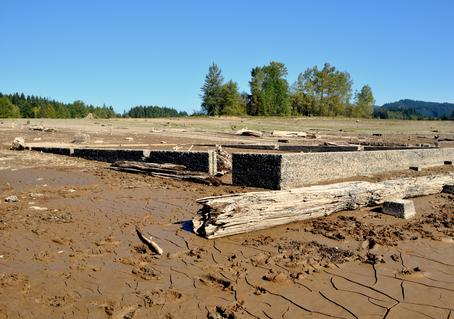 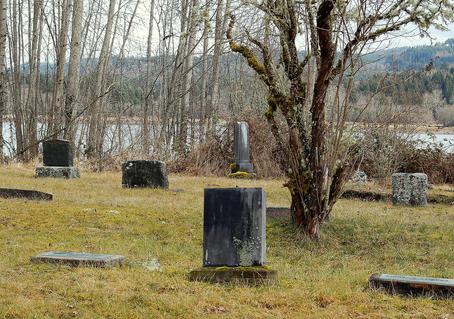 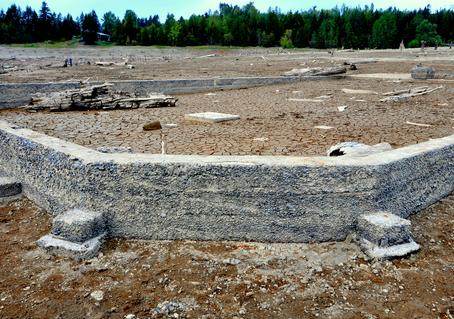 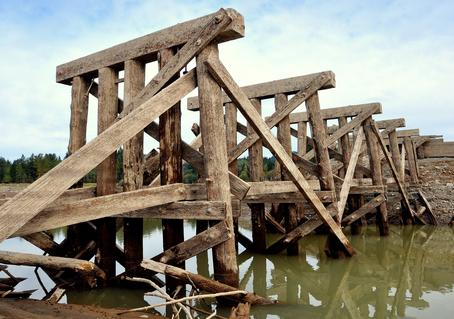 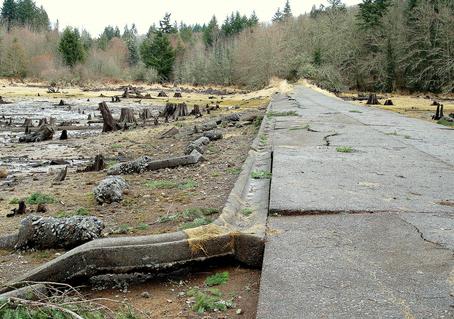 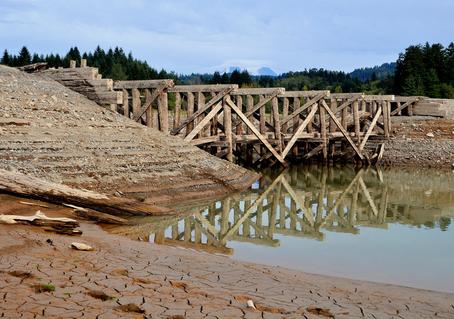 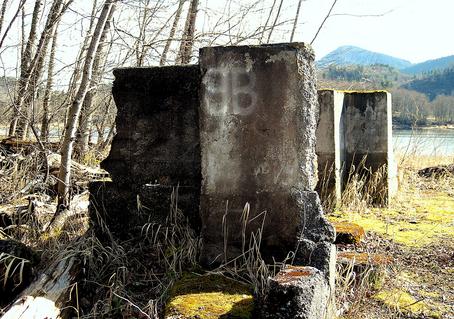 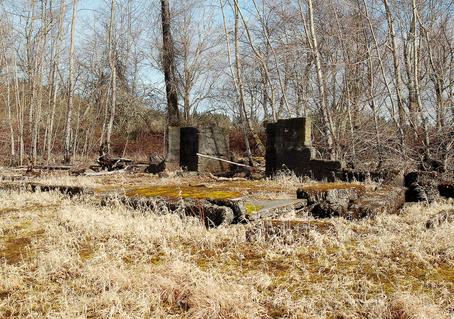 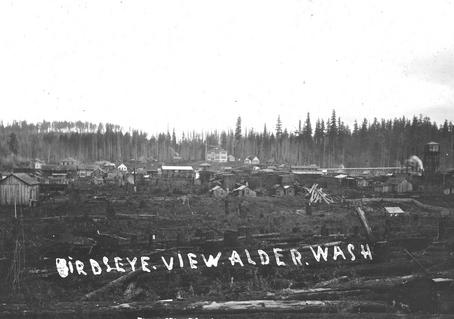 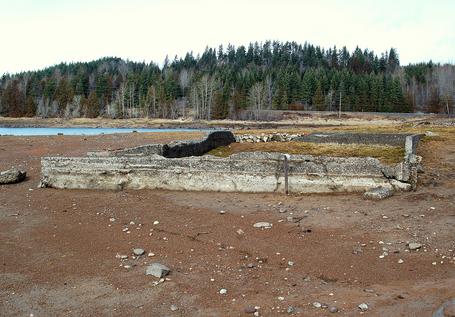 The old or original town of Alder was located in Pierce County WA where present day Alder lake is located.

Alder was platted in 1905 by Martin Holes.  The name of the town was taken from the abundance of alder trees on the hills surrounding the town site.   In 1909 the town had a population of 200 with two general stores, two hotels, fraternal hall, church, school, saw and shingle mill, and two logging camps nearby.

In 1942 the second Nisqually Dam Project began.  Construction on the Dam lasted through WWII.   In September of 1944 the last bucket of concrete was poured, completing the dam.  The town of Alder moved out, and the town site was flooded shortly there after.

Today there is very little visible to suggest the town of Old Alder ever existed, except when draw downs on Alder lake occur.  These draw downs reveal foundations and roadways of the once flourishing town. 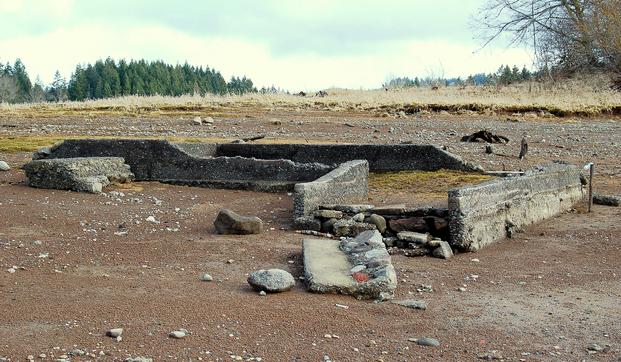