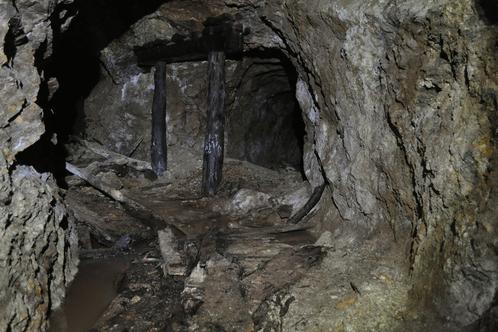 A view of part of the tailings pile. 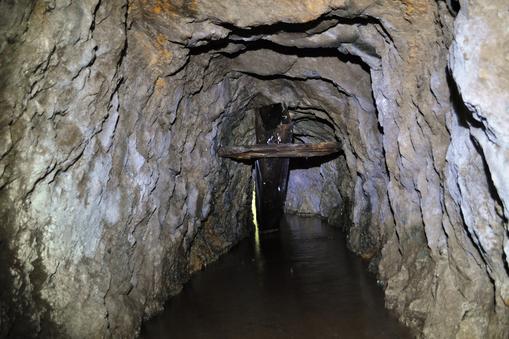 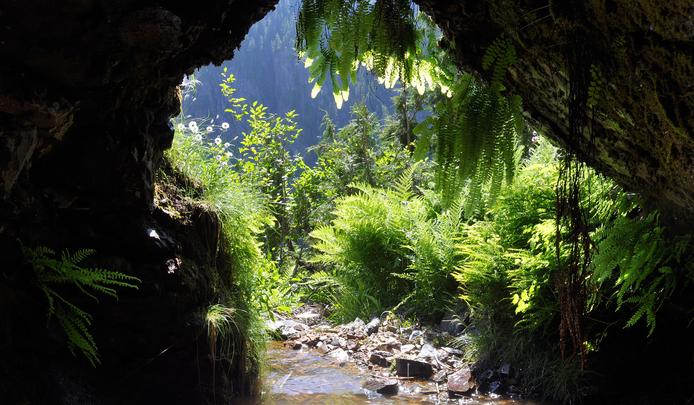 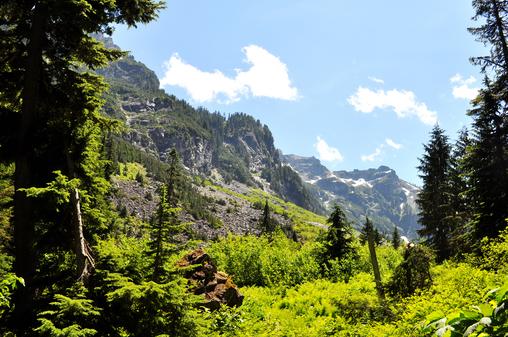 The '76 mine located in the Monte Cristo Mining District of Snohomish County WA.  The Independence of 1776 Mine was the first mine staked in the district and  was made July 4th 1889 making it the oldest mine in the district.  The name was later shortened to the '76 mine.  The mine is located in Seventy-Six Basin (Gulch) and was operated by the Monte Cristo Mining Company and consisted of two known tunnels a lower of 800 feet and an upper of 130 feet. Like many of the mines in Monte Cristo the '76 was part of the holdings of the Rockefeller ownership group.  The primary ores sought were lead and gold.  In 1900 core drilling was performed via a steam drill however the ore bodies sought were not found and no further development work was made.  A unique feature of this mine is the 8" square wooden air pipe.  The air pipe was carefully crafted with chamfered joints.  There is evidence that a tramway may have been used to transport the ore, however no records have been found to confirm this. 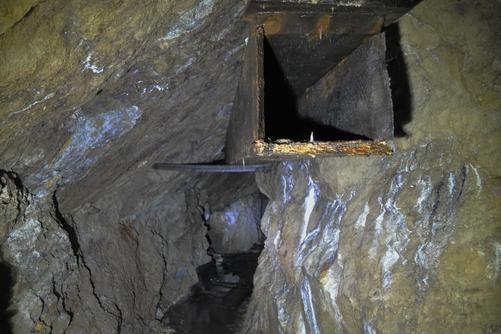 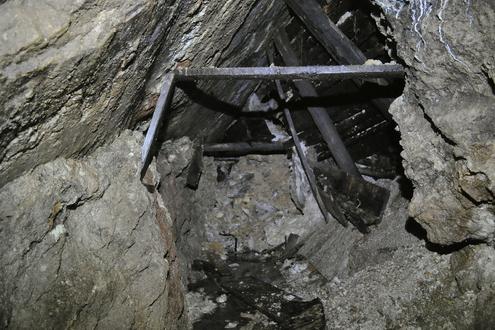 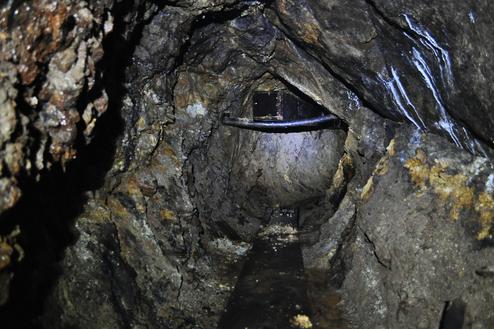 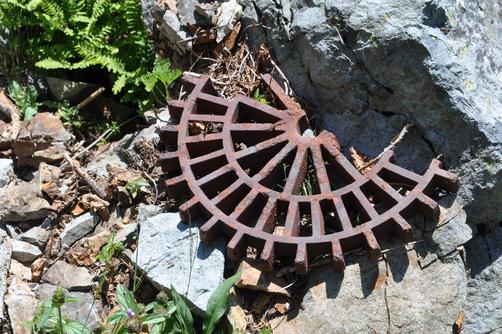 A collapse near the rear of the mine, 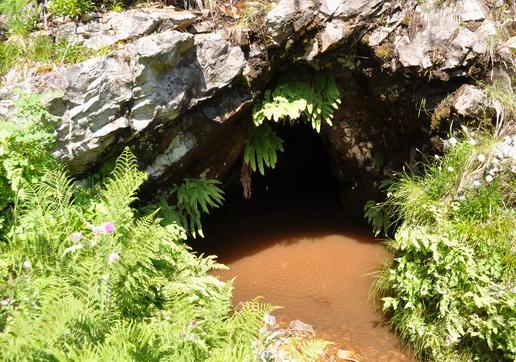 Ore chute from a stope above. 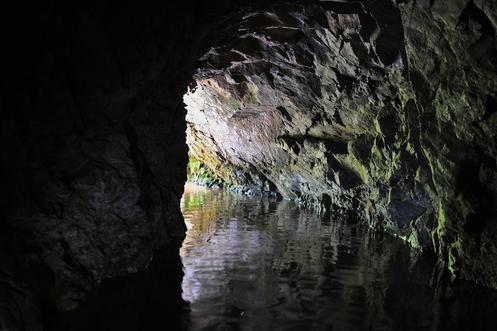 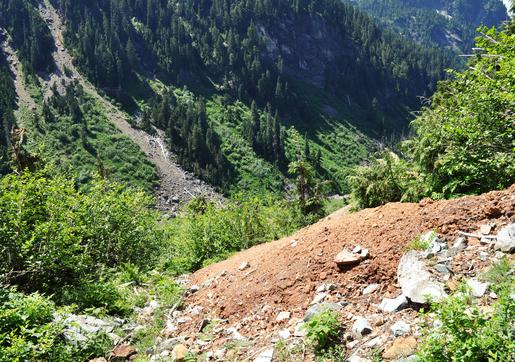 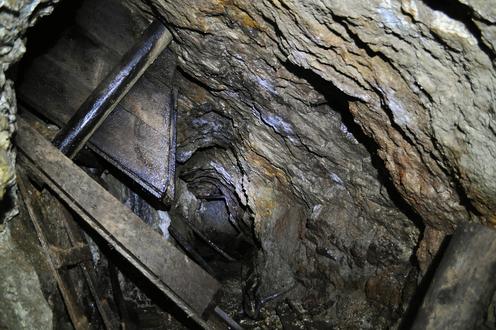 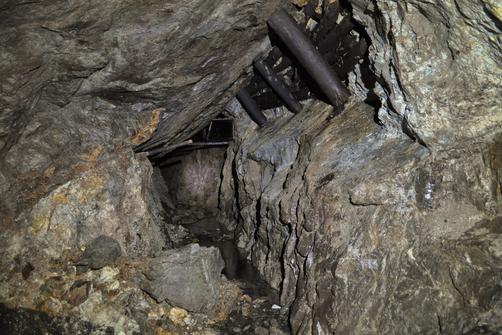